ABRASET and the airport infrastructure sector in Brazil 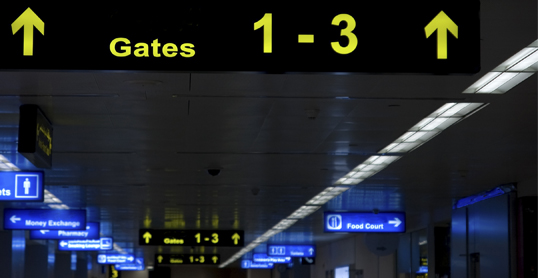 The demand for regular air transportation in Brazil more than tripled between 2003 and 2015, as a result of greater airline competition n associated to a decrease in tariffs, and improvements in the distribution of social income. This fact allowed access to the air transportation of previously disadvantaged socioeconomic classes, and resulted in a major impact on airport and aeronautical infrastructures, with congestion at airports, flight delays and even aircraft accidents.

Studies conducted by the government itself (IPEA, 2012) indicated that only 30% of the 20 largest Brazilian airports – until then, all under a public company (Infraero) administration – were not congested in 2012. The federal government started then a concessions program which resulted, between 2012 and 2017, in the transfer of ten airports to private companies, representing more than 50% of domestic demand and practically all Brazilian international demand on air transportation.

Demand decreased between 2015and 2016, but it is expected, that, although there is still are some economic difficulties, there will be in 2017 an increase of traffic. This will result in the need of expanding Brazilian air transport infrastructure, resulting in a continuation of the airport concessions program, to be implemented not only by the federal government on Infraero airports, but also by state governments. and the state. In the first case there will be airports to be conceded, individually or in blocks, in the central-west, northeast and southeast airports areas. In the latter case, regional airports will be concede by some states, specially those of g., Bahia, Ceará and Rio Grande do Sul.

Airport expansions can always be made increasing in its infrastructure, such as in passenger terminals, which is expensive and subject to space restrictions. But increases in capacity can also be attained through better internal process and equipment improvements on these airports, which tend to be less expensive. The use of new technologies that streamline flows o aircraft, passenger and cargo, as well as equipment that reduces aircraft apron time, will result in a better use of existing facilities, and can cost less than expanding them.

Briefly, an increase in airport infrastructure capacity not necessarily must be associated with costly investments in more facilities, as better services, equipment and technologies leads to similar results. For this purpose, ABRASET wants to bring together Brazilian based airport suppliers in order to promote quality, safety and technology as priority parameters. This association will represent its associates in via-à-vis governmental entities – particularly the Secretariat of Civil Aviation (SAC), the Civil Aviation National Agency (ANAC ), the Air Traffic Control Department (DECEA), the Federal Police, the Federal Revenue System – DRF and the Sanitary Surveillance Agency (ANVISA). ABRASET will be able not only to stress the relevance of this sector as a whole in a non individualized way, but also proposing its participating in the definition of strategies and guidelines for the development of airports in Brazil. This representation can include international agencies representing governments (International Civil Aviation Organization – ICAO and Latin American Civil Aviation Conference – CLAC) and other class associations (IATA and Airports Council International – ACI).